Robert K. Mericle is the President and founder of Mericle Commercial Real Estate Services based in Wilkes-Barre, Pennsylvania. 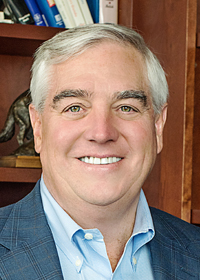 In an effort to improve Mericle’s sustainability, Rob created Mericle’s Green Building Program with a commitment to provide lower operating costs to tenants through the implementation of eco-friendly, energy-saving measures. He has also led efforts to introduce LEED to Northeastern Pennsylvania. LEED stands for “Leadership in Energy and Environmental Design,” and is a national industry measurement tool created by the United States Green Building Council to define the industry’s most environmentally conscious projects. The first three industrial buildings in Northeastern Pennsylvania to receive LEED status were Mericle buildings. 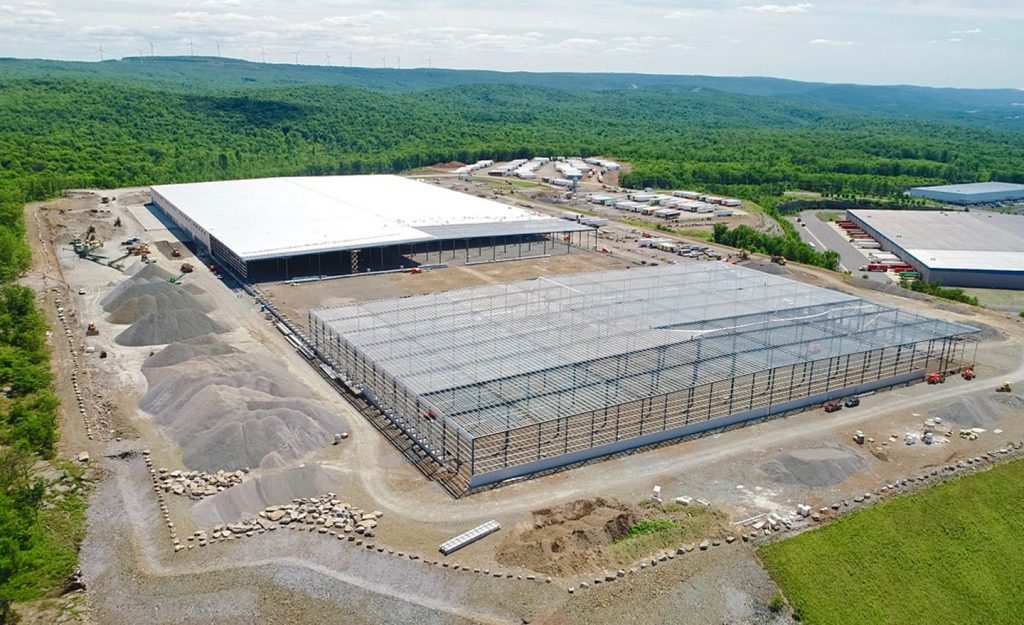 In 2012, Robert Mericle announced the ReadyToGo!™ Program, a major investment initiative in new speculative buildings and fully prepared sites that is expected to facilitate the creation and retention of thousands of local jobs. Through this program, Mericle Construction is fully preparing more than 100 ReadyToGo!™ Sites and building dozens of speculative commercial buildings on thousands of acres it owns in 12 business parks in Luzerne and Lackawanna Counties. For each of its ReadyToGo!™ Sites, Mericle designs a building that best fits the parcel, obtains all of the permits and approvals necessary to begin construction, and clears, grades, and compacts each site. All of Mericle’s available properties including its ReadyToGo!™ Sites can be viewed at www.mericlereadytogo.com.

Key to the ReadyToGo!™ Program is Mericle Construction’s in-house team of 65 heavy equipment operators, which completes all of the site work and utility and road extensions needed to make each parcel ready for the immediate construction of building foundations. Once each site is completed, Mericle examines market conditions and determines whether it is appropriate for speculative building construction. Mericle’s speculative building program continued unabated through the U.S. recession. Between 2008 and 2014, Mericle constructed 15 buildings on speculation in Northeastern Pennsylvania. During that time, Mericle provided commercial real estate solutions in the Scranton, Pittston, Wilkes-Barre and Hazleton areas to 80 companies that created and retained over 7,300 local jobs.

From January 1 2020 through December 31, 2022, during the COVID pandemic, Mericle developed and leased 7 million square of of industrial, flex, office, and medical space in Northeastern Pennsylvania. 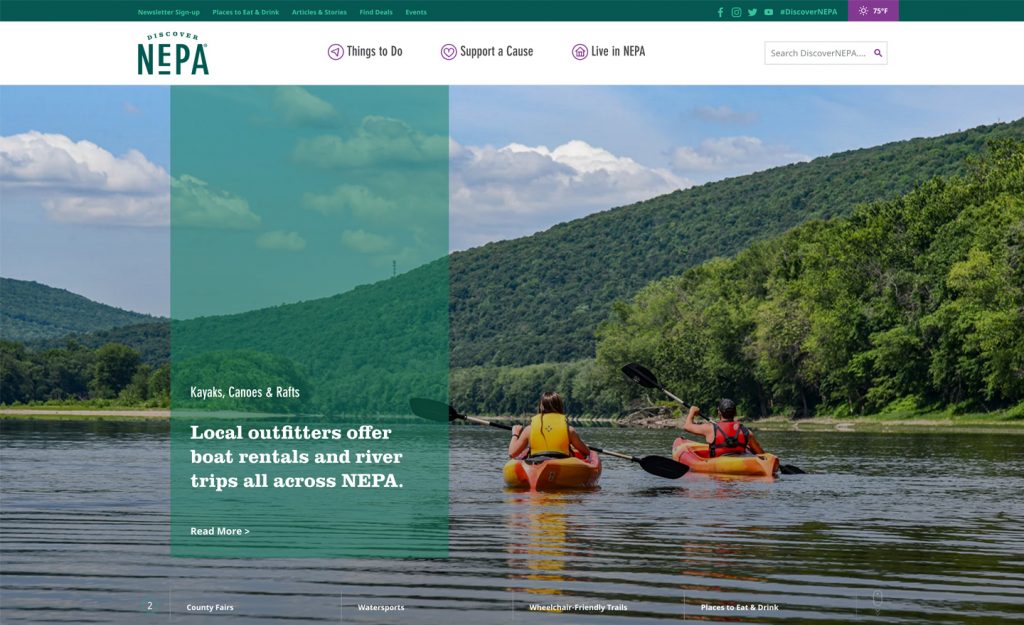 In 2017, Robert founded DiscoverNEPA™, a multi-media and social media campaign that promotes the many positive attributes to living and working in the 10 counties that make up Northeastern Pennsylvania.

Rob Mericle created DiscoverNEPA™ to show this region’s best and brightest that Northeastern Pennsylvania’s quality of life does compare favorably with the Austins and the Madisons, that you can do just about everything here, and that they should choose NEPA as the place to start and grow their careers.

Robert Mericle and Mericle Commercial Real Estate Services also support many charities and community initiatives in the locales where they conduct business. Since its founding in 1985, and under Robert Mericle’s leadership, Mericle Commercial Real Estate Services and the Mericle family have provided significant financial support to help hundreds of non-profit and community organizations throughout Northeastern Pennsylvania.  Since just 2005 alone, the company has donated more than 70,000 man-hours to community service.  In addition, Mericle employees and their families have donated thousands of hours of their personal time to many local worthy causes.

While Robert Mericle, the Mericle family and the company’s employees have helped a wide variety of local organizations, the company focuses its philanthropic and volunteer efforts on youth programs and activities, educational opportunities, healthcare initiatives, aid to the economically disadvantaged, community park upgrades, and regional economic development programs.

To learn more about some of the non-profit organizations that Robert Mericle, the Mericle family and Mericle’s employees have helped please visit the link below.  More information is available here: https://www.mericle.com/about-us/philanthropy/ 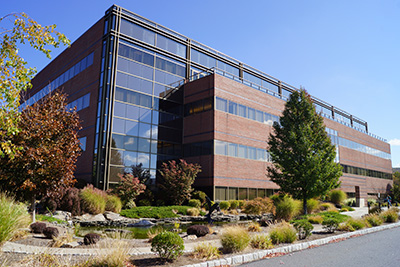 Commercial real estate developer Robert Mericle (“Rob”) is the founder and president of Mericle Commercial Real Estate Services. Since 1985, Rob Mericle has coordinated the development of more than 26 million square feet of bulk industrial, flex, medical and office space in 15 business parks along Pennsylvania’s I-81 Corridor. More than 200 companies are housed in Robert Mericle’s buildings and together they employ more than 20,000 people in the Scranton/Wilkes-Barre/Hazleton area.

Robert Mericle is credited with building the first speculative industrial facilities ever constructed by a private, for-profit developer in Northeastern Pennsylvania. Rob has more than 35 years of experience in commercial real estate services and is a licensed general contractor with an extensive background in commercial real estate development, construction, brokerage, and finance. His development firm uses a unique “master builder” model to self-perform its projects and provide quality space quickly and at affordable prices to tenants and clients. Through this vertically integrated structure, Mericle’s approximately 350 in-house professionals accomplish all phases of every company project. Mericle’s own employees find sites, design buildings, obtain all permits and approvals, perform site work, install infrastructure, construct buildings, customize build-out, and maintain the property once it has been completed. Through this corporate model, Mericle cuts out most of the subcontractors or “profit centers” that often slow projects down and drive costs up. Mericle has never missed a project deadline or experienced cost overruns on any of its projects. Learn how Mericle Commercial Real Estate Services can help take your business to the next level by contacting us today.

Butler Manufacturing™ provides a comprehensive combination of design-build construction solutions and innovative building technology to the nonresidential market. Every Butler®building solution is backed by unrivaled research and testing, ensuring that Butler building systems perform to the highest standards. Through a network of more than 1,400 Butler Builder® dealers worldwide and corporate accounts services, Butler addresses the demand for environmentally friendly and energy-efficient design in community, commercial and industrial buildings. Butler is headquartered in Kansas City, Missouri, and is a division of BlueScope Buildings North America, Inc. For more information, visit www.butlermfg.com.