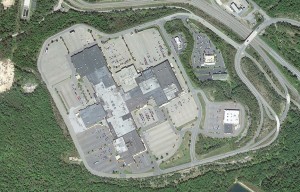 TruBridge, a Mobile, Alabama based company that provides business, consulting, and IT services, has leased 12,394 square feet within the Schuylkill Mall, in Frackville, Pennsylvania. The former retail space is being converted to offices so that TruBridge can provide support to several healthcare clients.

The project was announced by Pennsylvania Governor Tom Corbett who said TruBridge plans to invest more than $270,000 at the new site and anticipates creating more than 100 jobs over the next three years.

Lease negotiations were coordinated by Julia Namutka, Sales and Leasing Agent for Mericle Commercial Real Estate Group, Inc., Wilkes-Barre. She thanked Michael Pearlstein of mall owner Empire Schuylkill L.P. for working hard to complete the transaction. Renovations are underway and the space will be ready for occupancy in early 2015.

“Companies such as TruBridge continue to see the benefits of bringing their businesses to Pennsylvania,” Governor Corbett said. “More than 100 new jobs are coming to Schuylkill County and I am pleased to welcome TruBridge to the commonwealth’s growing business community.”

The company received a funding proposal from the Pennsylvania Department of Community and Economic Development that includes up to $306,000 in Job Creation Tax Credits.

“We’re excited to have this expansion take place in Schuylkill County,” said Chris Fowler, President of TruBridge. “This move will allow us to not only help further stimulate the economy in Pennsylvania, but will also allow us to better meet the business needs of community healthcare organizations in this region.”

Mericle’s Namutka, who serves as the leasing agent for the Schuylkill Mall, praised the team effort that helped bring TruBridge to Schuylkill County. “Empire Schuylkill L.P., the Governor’s Action Team, and the Schuylkill Economic Development Corporation (SEDCO), all played key roles in making this project happen,” she said.

Namutka said Frank Zukas and Brian Hansbury of SEDCO introduced the idea of moving into the Mall to TruBridge executives. “Frank and Brian did a fantastic job,” she said. “They provided excellent service to TruBridge and we thank them for thinking of the Mall during TruBridge’s site search.”

“We are thrilled with TruBridge’s decision to locate its service center in our community,” said John Boyer, Chairman of the SEDCO Board of Directors. “It’s a testament to our great workforce and ideal business climate. SEDCO thanks the Pennsylvania CareerLink and Governor’s Action Team for their assistance in recruiting TruBridge to Schuylkill County.”

Namutka said changing consumer shopping habits are forcing mall developers across the U.S.to think outside of the box when filling their vacant spaces. “Online retailing combined with next day and even same day product deliveries are having an impact on the traditional bricks and mortar retail model,” she said. “Even Black Friday sales are being impacted. We expect to continue to see non-traditional uses for mall properties all across the country.”